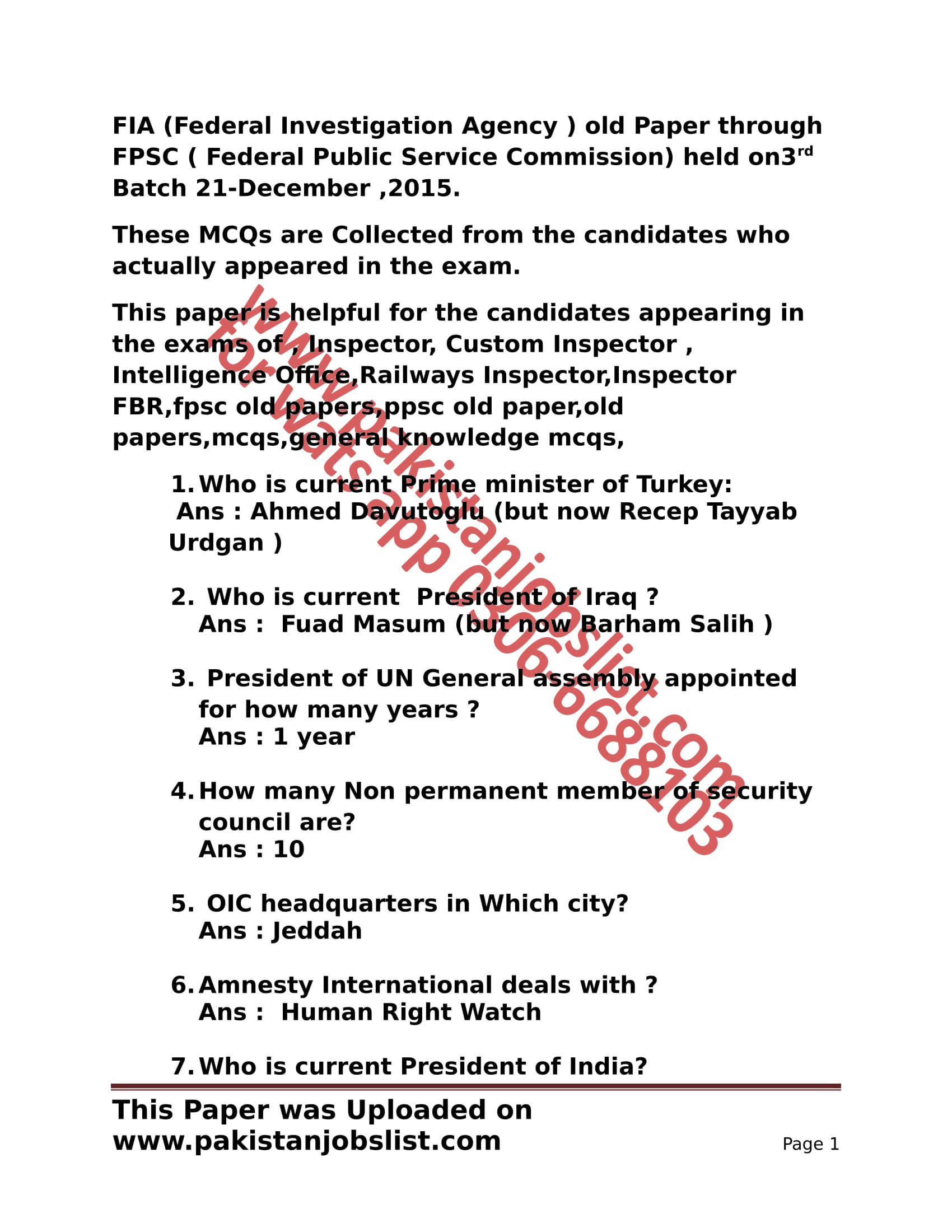 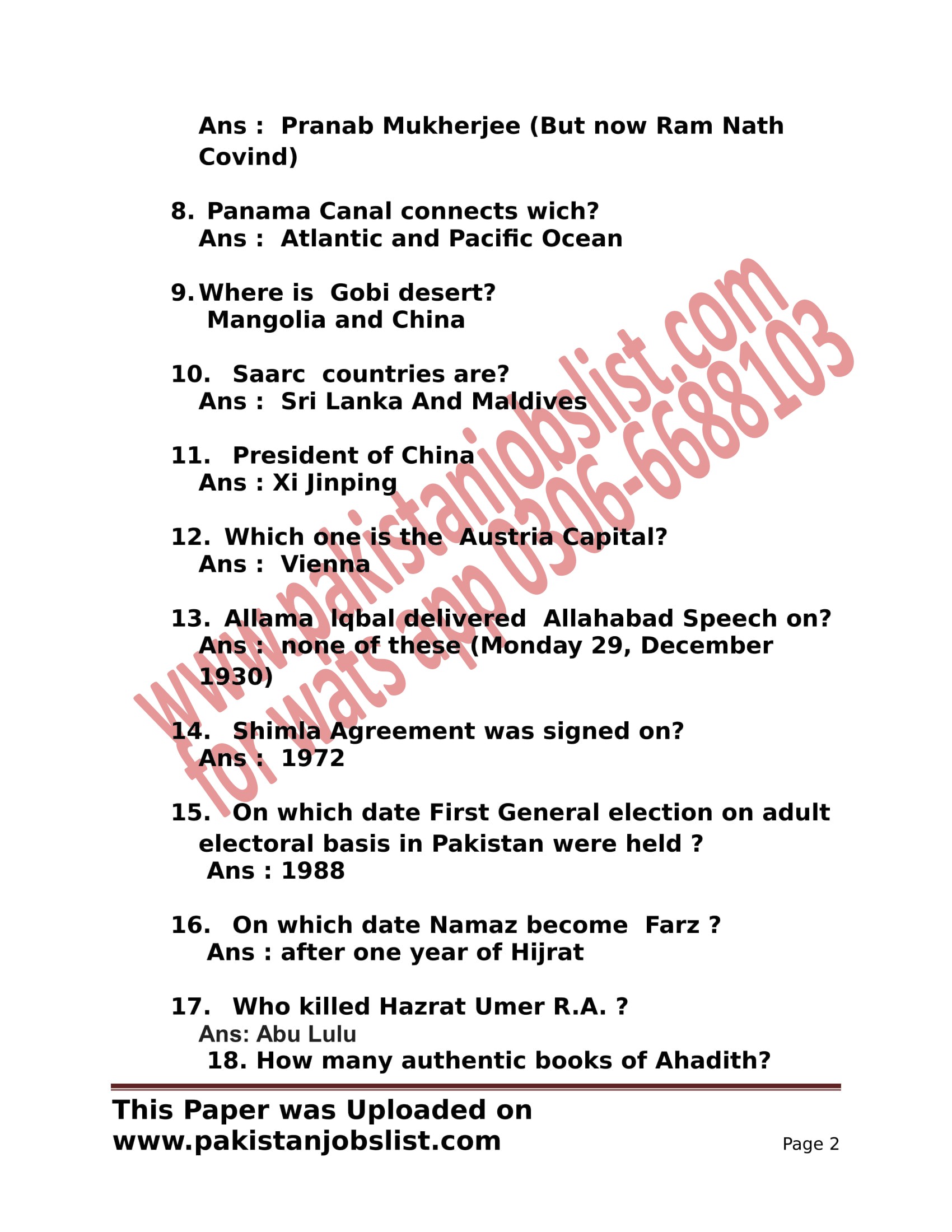 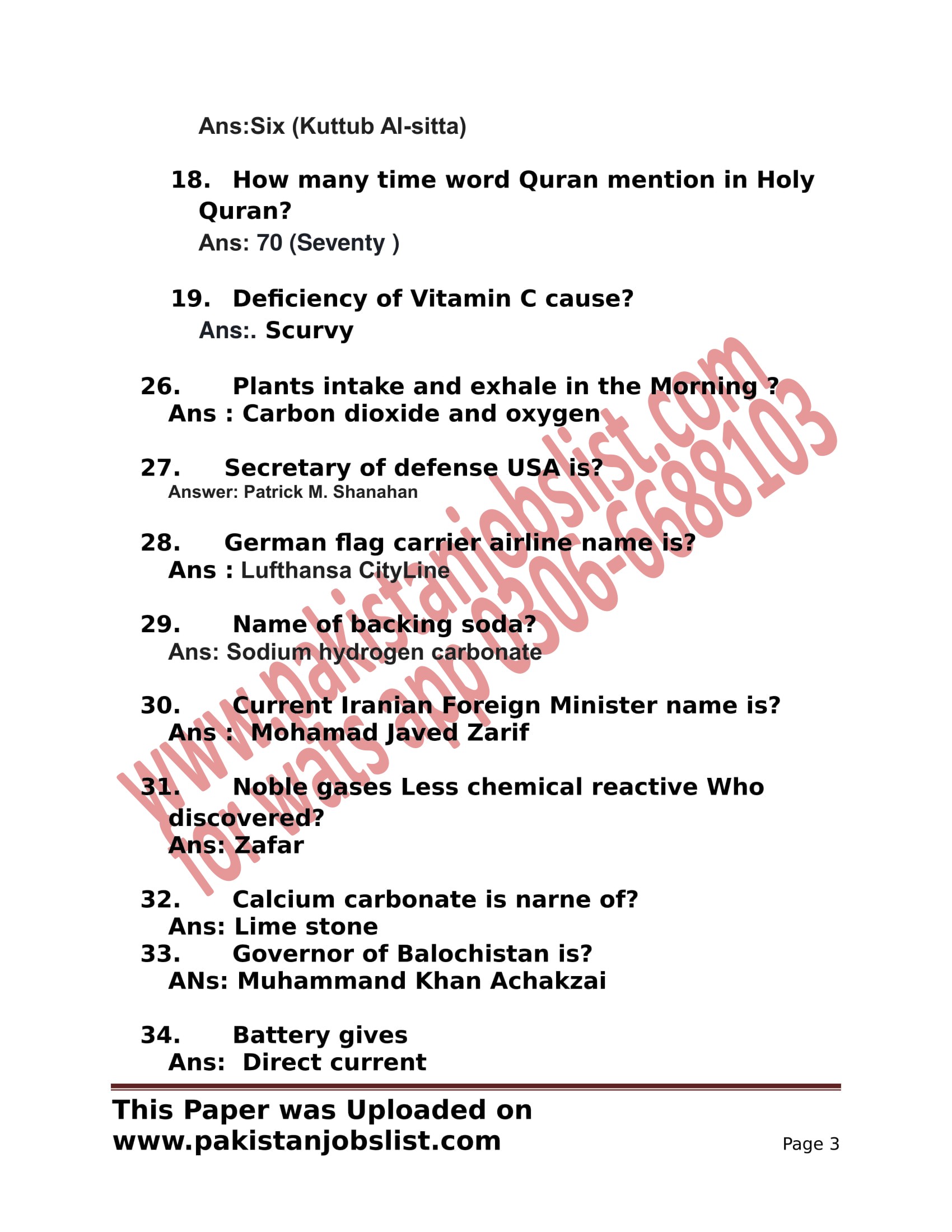 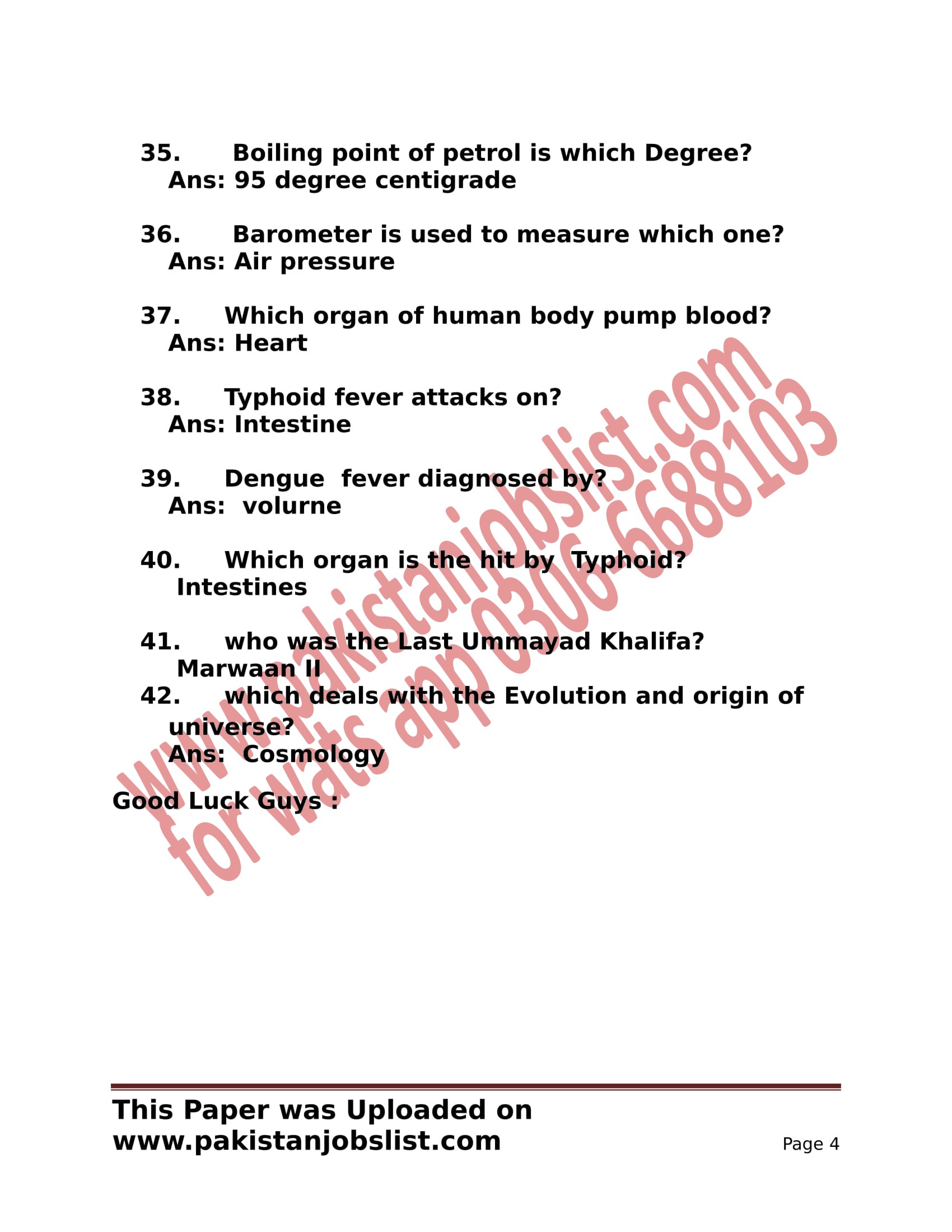 2. Who is current President of Iraq ?
Ans : Fuad Masum (but now Barham Salih )

3. President of UN General assembly appointed for how many years ?
Ans : 1 year

4. How many Non permanent member of security council are?
Ans : 10

9. Where is Gobi desert?
Mangolia and China

12. Which one is the Austria Capital?
Ans : Vienna

15. On which date First General election on adult electoral basis in Pakistan were held ?
Ans : 1988

16. On which date Namaz become Farz ?
Ans : after one year of Hijrat

26. Plants intake and exhale in the Morning ?
Ans : Carbon dioxide and oxygen

35. Boiling point of petrol is which Degree?
Ans: 95 degree centigrade

36. Barometer is used to measure which one?
Ans: Air pressure

40. Which organ is the hit by Typhoid?
Intestines

41. who was the Last Ummayad Khalifa?
Marwaan II
42. which deals with the Evolution and origin of universe?
Ans: Cosmology
Good Luck Guys :